Decades ago, the Washington and Old Dominion Trail was a vital route for a far different group of travelers. Then known as the Alexandria, Loudoun and Hampshire Railroad, this route was once considered vital following its inception in 1847, with a primary goal of spreading commerce from the Alexandria seaport inland to the growing communities to the west. And while its life as a commercial route never quite evolved the way the railroad’s developers envisioned, the route saw more than its fair share of history.

The route was the site of a few skirmishes during the Civil War, and was truly witness to the development of Northern Virginia based largely on its route. The tracks wound through what is today Arlington, Falls Church, Vienna, Reston, Herndon, Sterling, Leesburg and Purcellville – all significant modern sites, many of which are key for economic development.

When the railroad finally encountered its demise in 1968, it underwent a series of changes – first at the hands of VEPCO – which had formerly been the local Virginia Power Company – and then later in 1974 by NOVA Parks. The ribbon on the first section of the W&OD Trail was cut on Sept. 7, 1974 by then Falls Church mayor Harold Miller – the first of what would be many events as the park expanded in both directions. On November 5, 1988, NOVA Parks celebrated the opening of the Trail’s final nine miles into Purcellville. Today, the Trail is an artery for visitors and commuters year-round.

These map images are considered to be in the public domain and may be downloaded and made available on other websites.

Rules and Regulations for the Government of Employees, Washington and Old Dominion Railway

This map shows the track from Alexandria/Potomac Yards to Purcellville and depicts some interesting features of the railroad including:

These plats are property boundaries for the spur line that ran from the Great Falls & Old Dominion Railroad to the Bluemont Branch at Bluemont Junction and were drawn during August of 1911. They do not feature any structures and might have served as a record of the property acquisition.

These plats show the rail line’s property boundaries as well as existing buildings, side rails and other features. They were probably created around 1911 - the time that the line was being transferred from the Southern Railway to the newly named Washington & Old Dominion Railway. Some of the features are different on these than on the 1916 Valuation Maps (at Wiehle a 6 foot by 14 foot waiting shed is shown rather than the station that was there in 1916) and help to pinpoint a window of time during which they were probably created.

These maps start in Alexandria and go to Purcellville. Maps from Purcellville to Bluemont had been probably removed from this set when that section was abandoned and sold. Stations listed are those on the line when the ICC valuation was performed. Other stations may have existed before or after.

These maps start in Rosslyn and go to Great Falls. Stations listed are those on the line when the ICC valuation was performed. Other stations may have existed before or after. 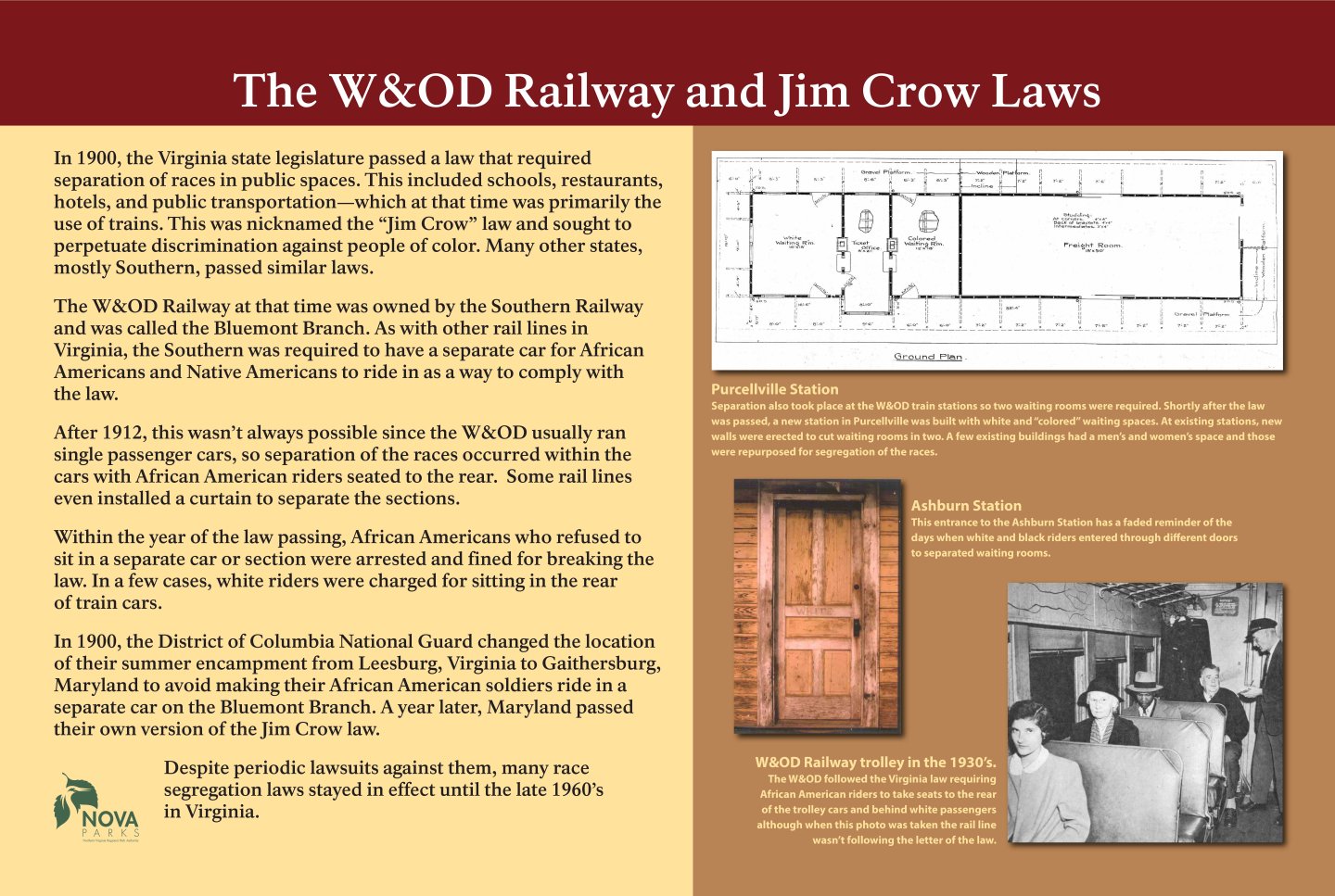