In the center of Occoquan Regional Park in Lorton is the last of nine large beehive brick kilns, used by prisoners at the start of the 20th century to churn out many of the red bricks used in Northern Virginia and DC buildings, including what would eventually be a maximum security prison - the Occoquan Workhouse - nearby.

The then-adjacent Lorton Work House Prison served as home to many prisoners over the years, including approximately 168 women who were detained from June to December 1917, the result of the pickets and violence of the women's suffrage movement in the Washington D.C. area, Work house prisoners produced the bricks that were fired in this and eight other kilns that stood situated along the Occoquan River, moving them using train tracks the connected the complex to the river, and then transporting them by boat. The bricks produced were used to build the maximum security Occoquan Workhouse itself, and many public buildings in Washington, D.C. between 1910 and 1998.

The 100-year old remaining kiln is an imposing structure - approximately 15 feet tall at its highest (and flanked by an even larger chimney) and has a diameter of around 30 feet. It has been preserved as a monument to the era. Visitors can explore the area around the kiln, but access to the inside is prohibited. The site lies on what is now Occoquan Regional Park, a part of the NOVA Parks system in Northern Virginia. 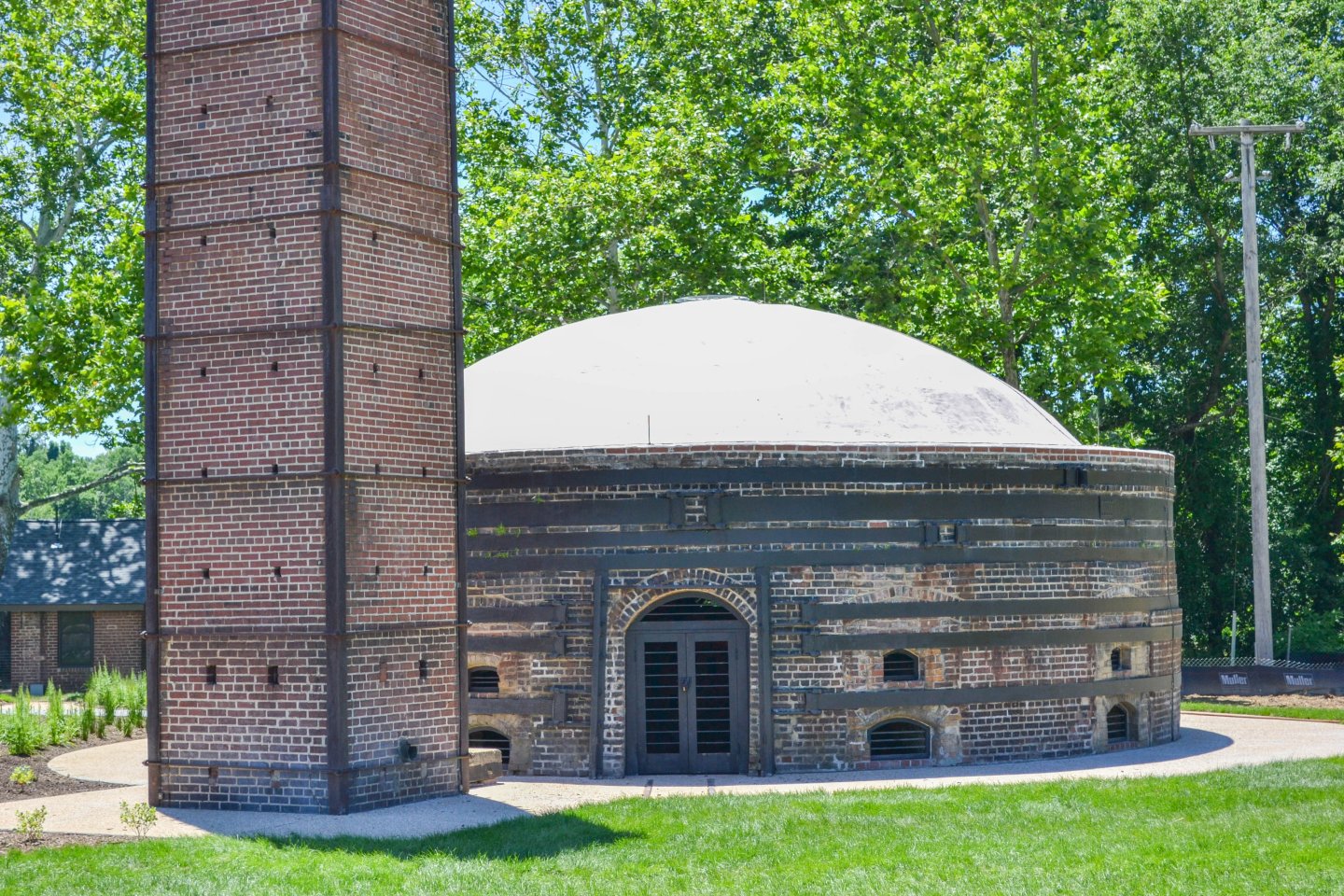