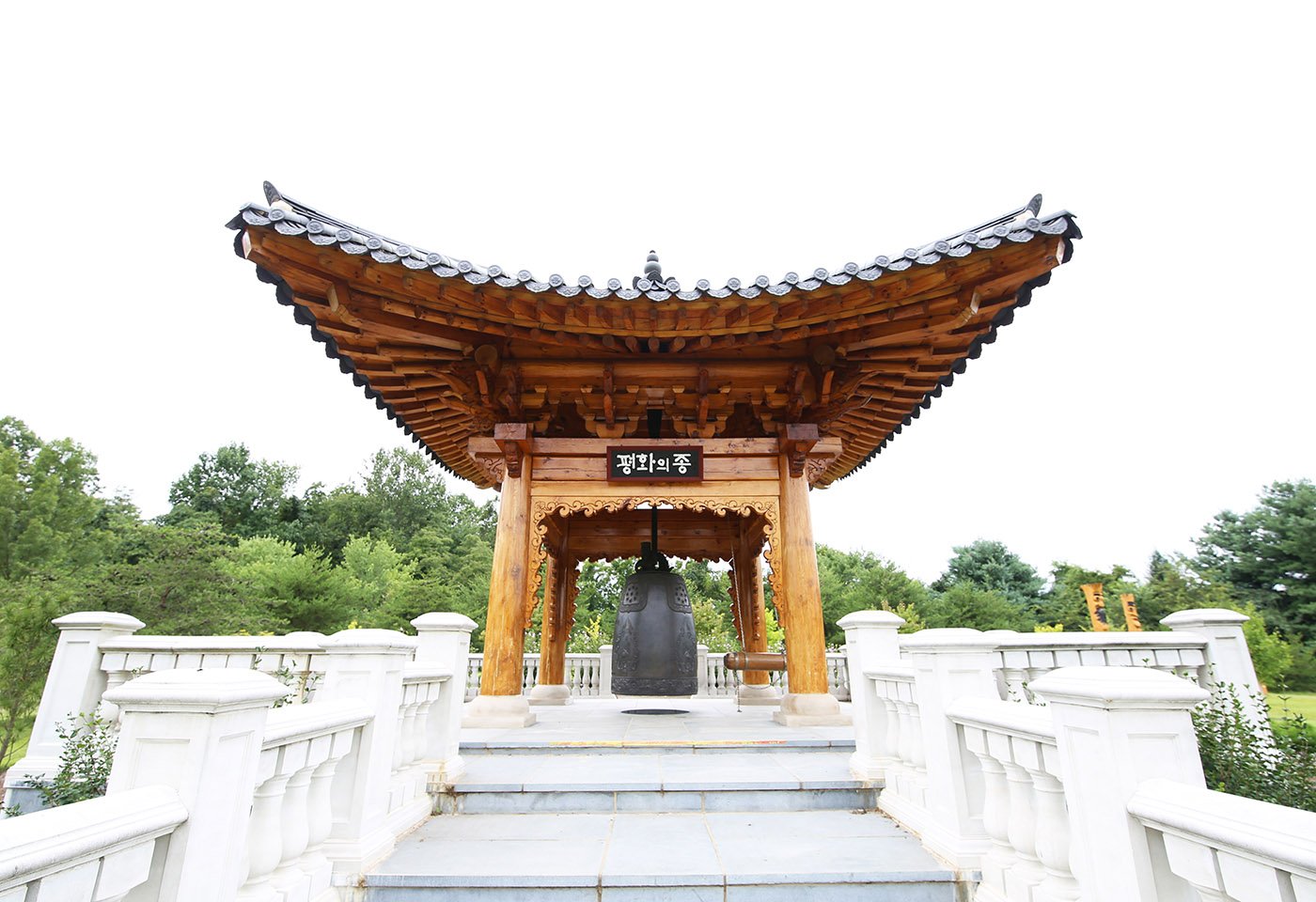 The Korean Bell Garden of Meadowlark Botanical Gardens is a beautiful backdrop for any wedding or private event. Created via a joint effort between NOVA Parks and the Korean American Cultural Committee (KACC), this great endeavor began with a proposal in 2007. Since then, the Garden continued to take shape, adding key elements and forever changing the landscape on an otherwise unused hill.

It is called the Bell of Peace and Harmony and was cast by one of the best bell makers in Korea in a way that has been used for centuries. The pagoda structure was completely built by hand in a way that has been used for thousands of years. The bell was created in South Korea with many traditional Korean images such as birds, plants and animals, as well as images symbolic of Virginia. The finished product stands complete with replicas of ancient Korean monuments and statues, walls and stone structures adorned with traditional Korean symbols, and a flowing water way. The Korean Bell Garden can accommodate up to 150 standing guests in and around the pavilion (no seating is permitted to be brought to the Korean Bell Garden.) 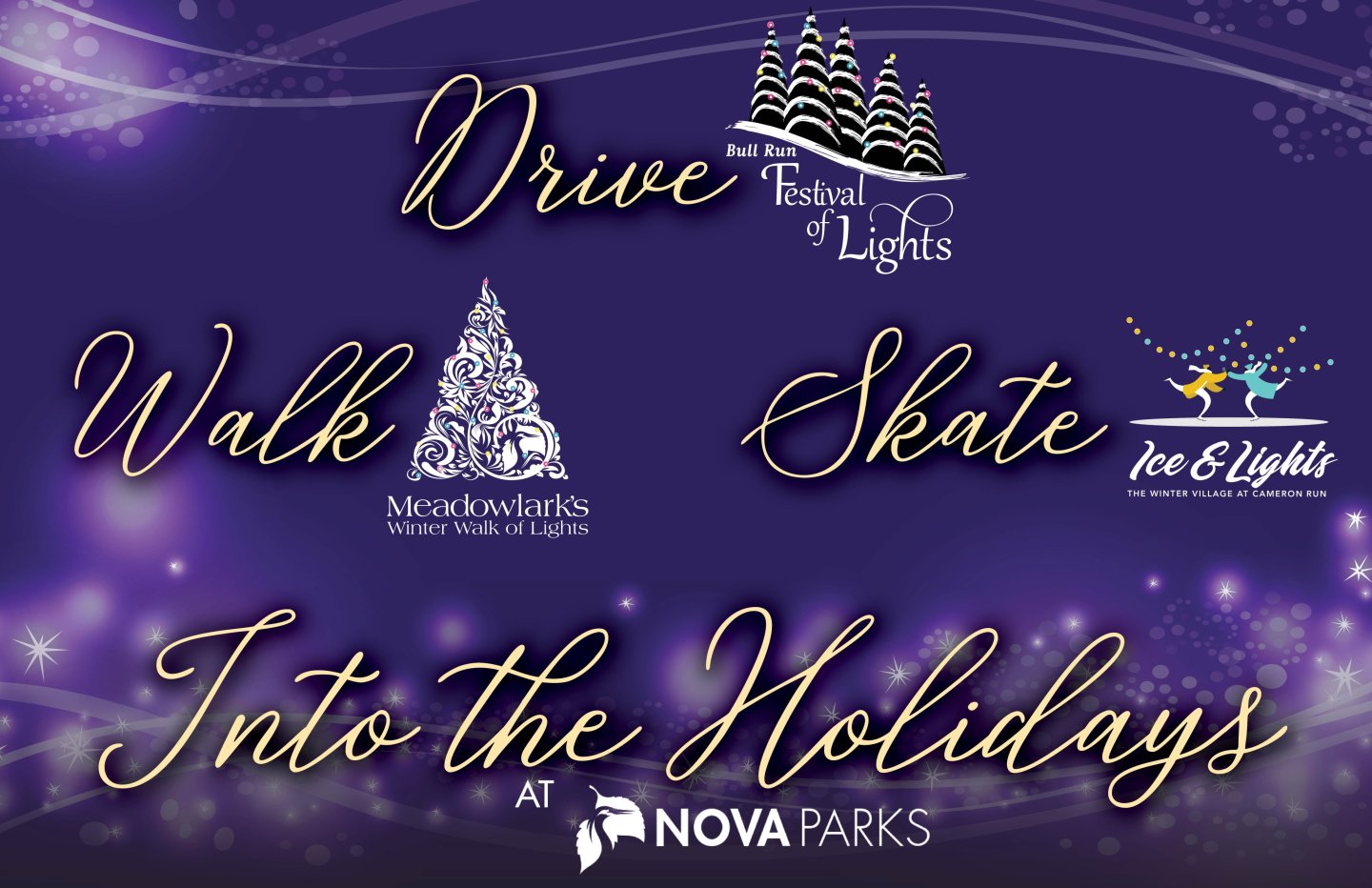 Happening now through early January. Reserve your preferred dates today before they sell out!

DRIVE through Northern Virginia’s largest light show at Bull Run Festival of Lights. WALK a sparkling garden trail for an enchanting evening at Meadowlark’s Winter Walk of Lights. SKATE and explore a playful wonderland at Ice & Lights – The Winter Village at Cameron Run.