Temple Hall was constructed in 1810 for William Temple Thomson Mason, nephew of George Mason. The estate became a hub of Leesburg society and was visited by Gilbert du Motier, Marquis de Lafayette during his grand tour of the United States on August 9, 1825. Lafayette was accompanied by President John Quincy Adams and former President James Monroe, who was then residing at his Oak Hill plantation in southern Loudoun County.  In addition to the Mason family, approximately twenty enslaved African-Americans resided on the property. Under Mason's management, the Temple Hall estate was a modestly successful farm. Mason cultivated orchards and raised corn, wheat, and livestock.

Mason retired to Washington, D.C. in 1857 and sold his farm to Henry A. Ball. After the outbreak of the American Civil War, Henry Ball's sons left the Temple Hall to join the Confederate States Army.  John S. Mosby visited Temple Hall on July 5, 1864 and dined with the Ball family. While at the house, Mosby received information that led to the Action at Mount Zion Church.

In 1940, after a succession of owners, the Temple Hall property was purchased by Mr. and Mrs. James H. Symington. The Symingtons restored the mansion and made extensive renovations. They modernized Temple Hall by adding indoor plumbing and electricity. The Symingtons planted a variety of crops and eventually began specializing in popcorn.  They became the largest suppliers in the eastern United States until the popcorn market collapsed after World War II. Afterwards, the Symingtons turned to raising livestock, including cattle and hogs, as well as wheat, corn, and hay for animal feed. Mrs. Symington assumed management of the farm's operations after her husband became ill in the 1970s, and continued to operate it after his death. Concerned about Loudoun County's rapid development and population growth, Mrs. Symington donated the 286 acre farm to NOVA Parks in 1985. Since then, NOVA Parks has operated Temple Hall as a working farm and interpretive center. Temple Hall, along with several neighboring estates including nearby Mason family estate Raspberry Plain, is a contributing property in the 25,000-acre Catoctin Rural Historic District, which was added to the National Register of Historic Places in January of 1989. Temple Hall was listed on the National Register in February of 2007. 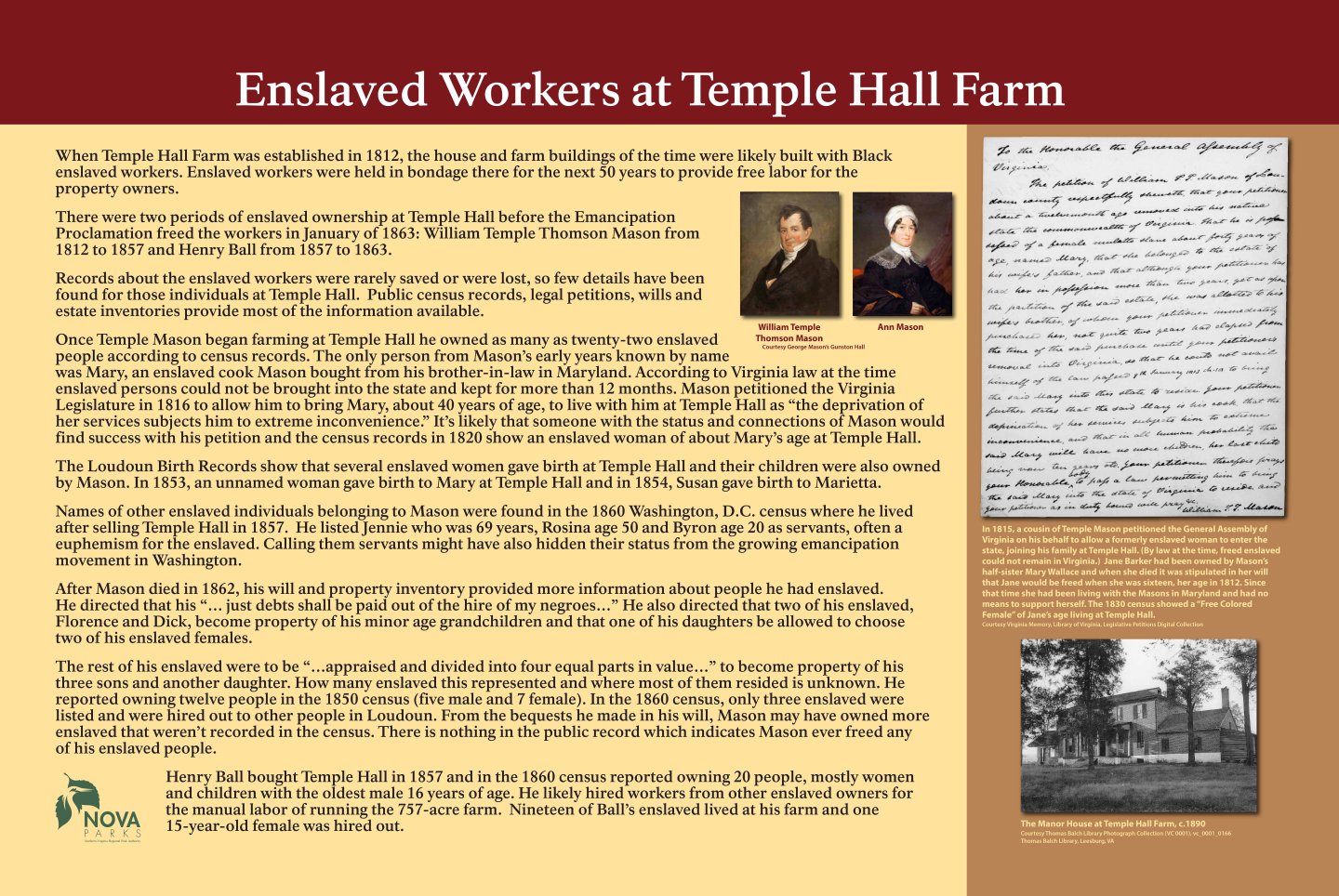 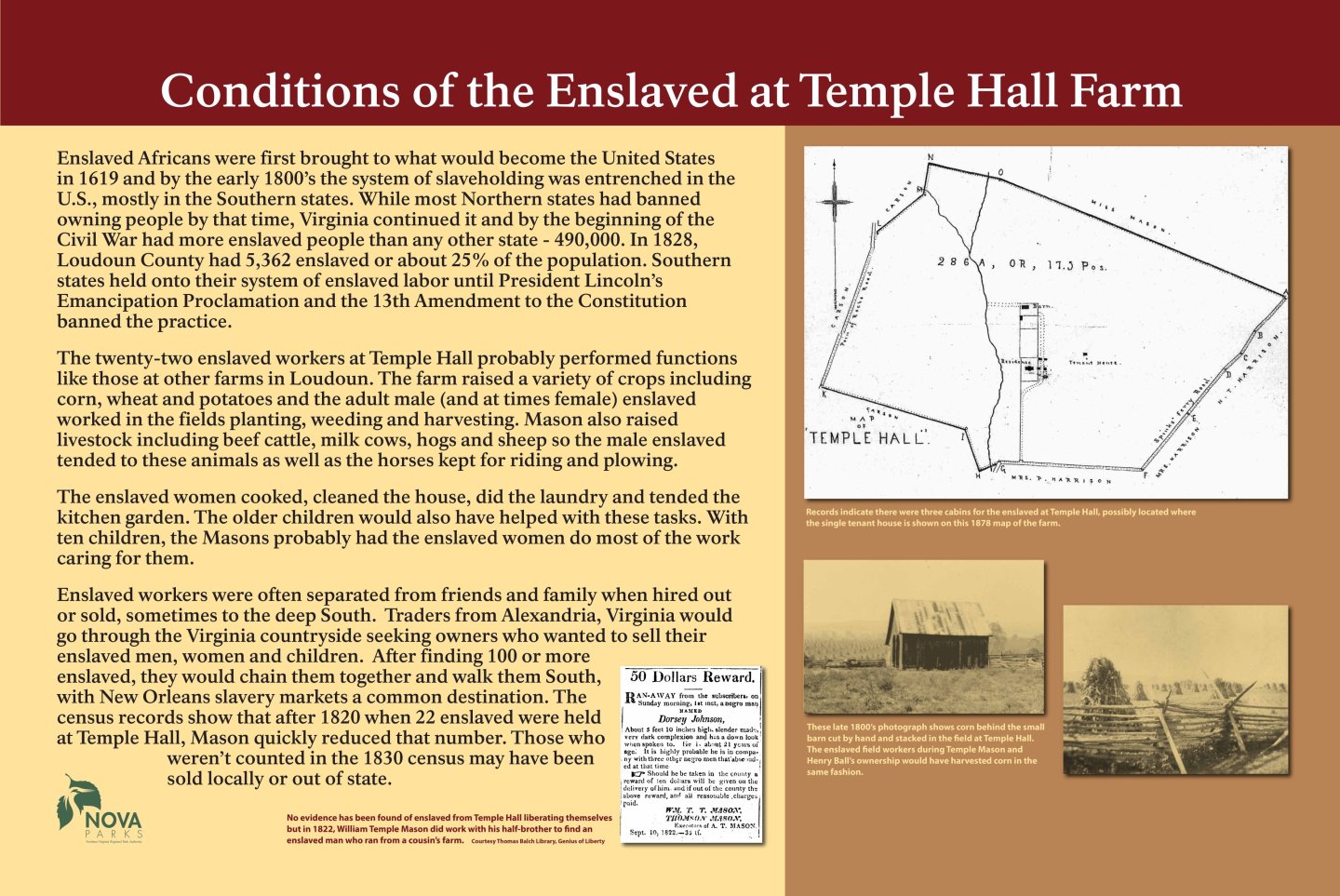