In the late 1600’s, the Piscataway moved into Virginia and a few years later settled on a 194-acre island in the Potomac River just north of Piscataway Crossing Regional Park. The island was known originally as Conoy Island, another name for the Piscataway, but now is called Heaters Island.

It had fertile soil for farming and many fish in the river.  The island also provided protection from hostile tribes and offered a buffer against encroaching white settlers. This is where the Piscataway built a palisaded fortress with their traditional long, rectangular houses located mostly inside the fort walls.

Native Americans occupied this region as early as 10,000 years ago and archeological studies of Piscataway Crossing Regional Park have found evidence of human existence on the land there as early 8,500 years ago.  The area was significant to native people due to the presence of a shallow ford in the Potomac which allowed easy crossing for trade and hunting. 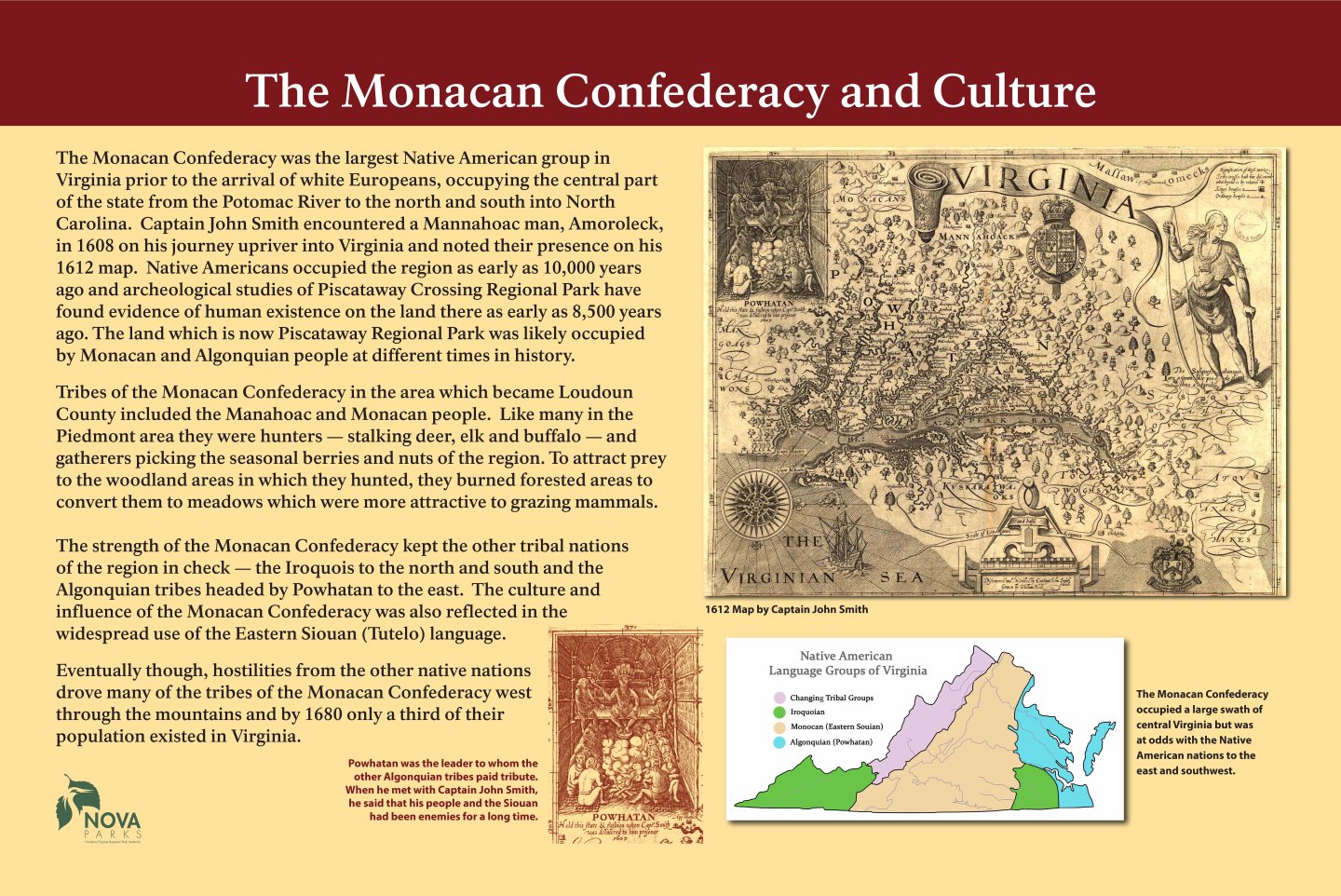 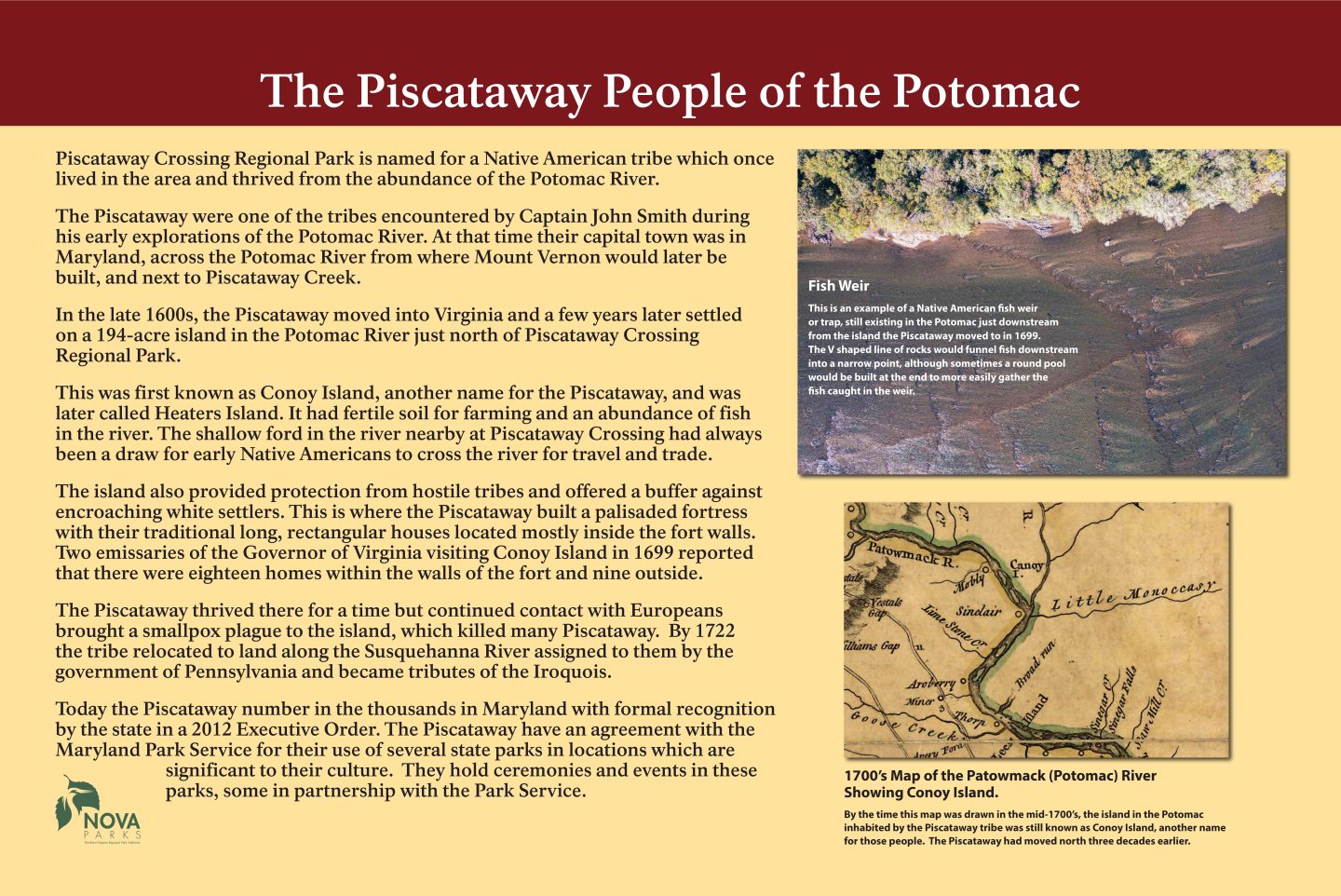