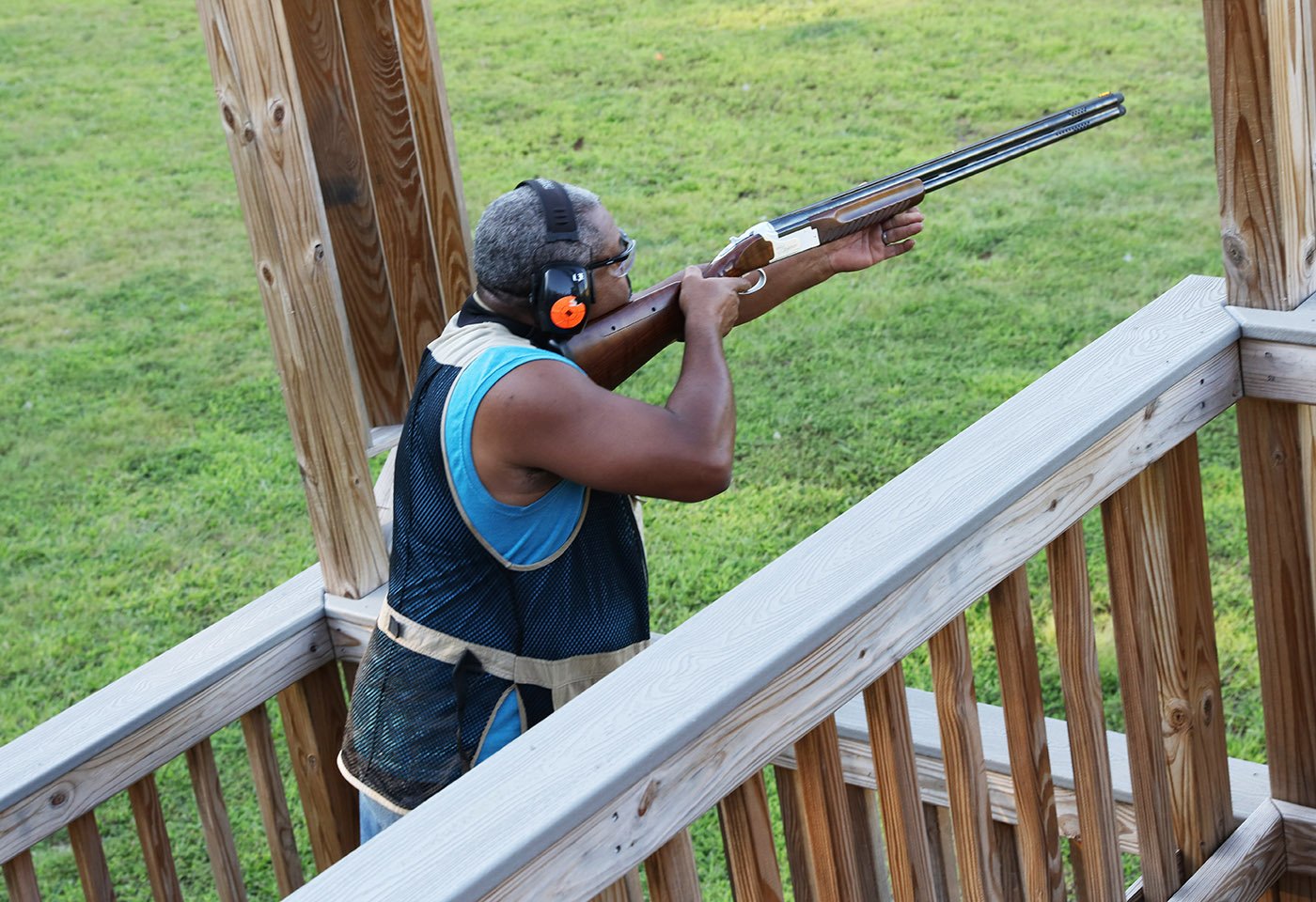 Sporting clays are a form of clay pigeon shooting with different stations laid out over natural terrain. Each station has an A and B bird which can be thrown as singles or simultaneously. Unlike trap and skeet, which are games of repeatable target presentations, sporting clays simulates the unpredictability of live-quarry shooting, offering a great variety of trajectories, speeds, elevations, distances, and target sizes.

The Shooting Center’s 50 target sporting clay course has 14 stations located around an open field and in the woods. Participants see a combination of crossers, incomers, outgoers, chucker, teal, rabbit, battue and chandelle targets, including a 40 foot tower shot. Other features include two skeet fields, two wobble trap fields and one trap field.

Our 5-Stand has 10 machines giving us the capability of throwing crossers, incomers, outgoers, overhead, teal and rabbit targets. We offer three different levels of difficulty capable of challenging both the novice and the experienced shooter.

January 5 through April 1:
We close at 7 pm, last round on the Skeet, Trap & Wobble fields are sold at 6:15 pm and last rounds for sporting clays are sold 1hr and 30min before dark.