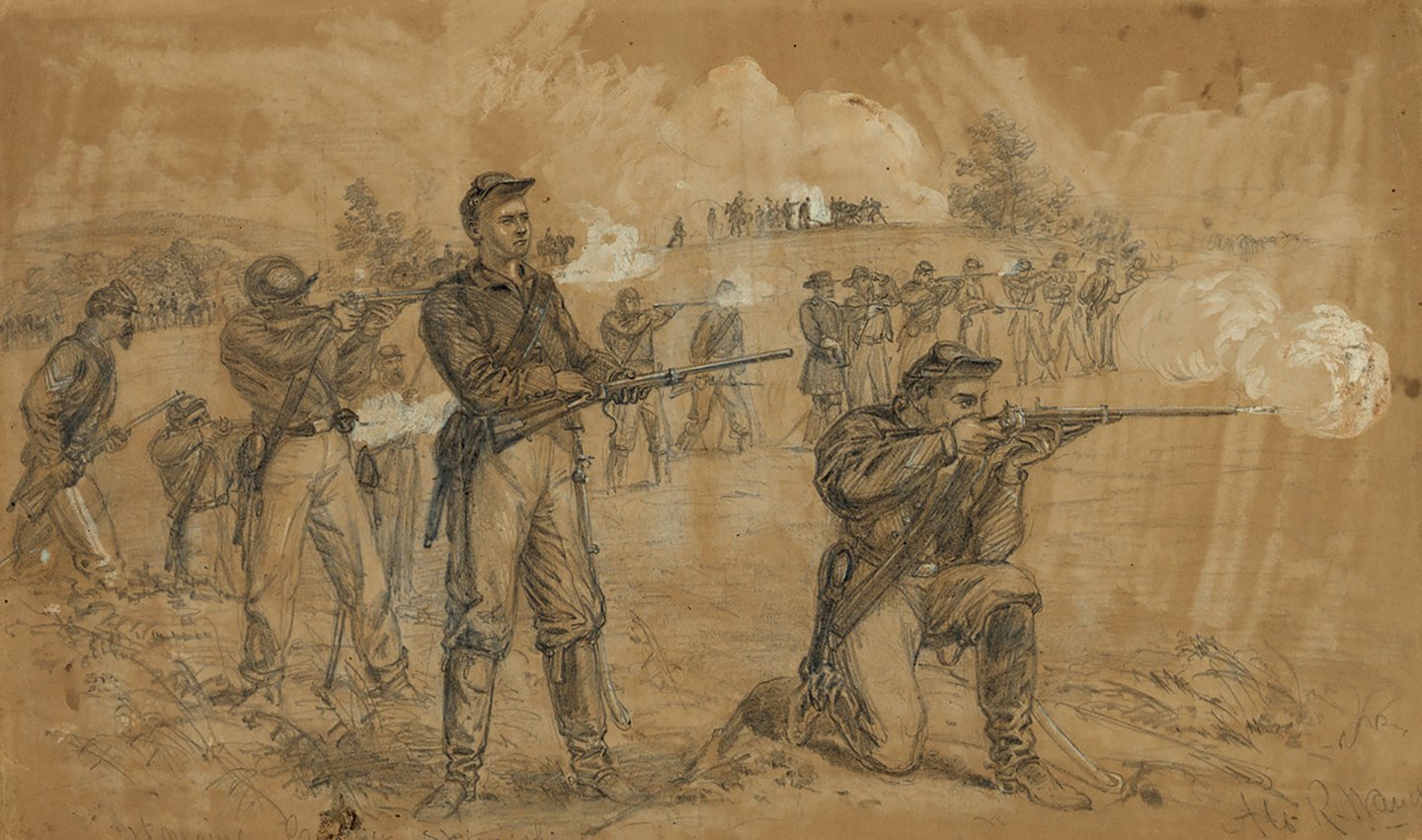 The crest of the hill, known today as Mount Defiance, was the key to the Southern position on June 19, 1863.  Two Southern brigades, supported by horse artillery, manned the crest of this ridge as well as north and south of it.  One Southern gun was placed in the road immediately adjacent to the blacksmith's shop, which still stands today.  The fighting was chaotic and deadly as both sides pressed mounted attacks up and down Ashby’s Gap Turnpike from modern-day Zulla Road to the hillcrest and back.  The key to this position was the Civil War-era alignment of Zulla Road, now an abandoned segment of driveway.  When a Federal force continued to press the attack along this road, starting from a point one mile to the south, Stuart was ultimately compelled to retire further to the west.

After a day of maneuver and sporadic skirmishing, June 19th began with the 6 a.m. departure of Col J. Irvin Gregg’s Union cavalry brigade from their overnight bivouac about a mile and a half east of Middleburg.  The 4th Pennsylvania Regiment led their advance rushing straight up the road, while Confederate pickets opened fire as the Yanks approached the town.  Offering only brief resistance, the Southerners quickly retreated to their main defensive position of the day at Mount Defiance, an inherently strong expanse of ground situated along the heights to the west of the town.

Stuart had arranged his 3,200 troops on both sides of Ashby’s Gap Turnpike (today’s US 50) with two batteries of artillery anchoring the center of the defensive line and straddling the roadway near the still standing blacksmith’s shop.  Confederate Brigadier General Beverly Robertson dismounted his two regiments south of the turnpike behind fences and at the front edge of the woods along modern Zulla Road while Confederate Colonel John Chambliss’ brigade held the turnpike and covered the left flank to the north.  All of these troop positions were backed up with a mounted reserve to the rear.  A Union assault straight up the pike would ride directly into a heavy canister barrage from the Confederate artillery and a gauntlet of fire from a thousand sharpshooters.  Thus, the Southern cavalrymen had prepared a killing ground akin to that of the 1st Massachusetts Memorial near Aldie two days before.

At this point, Colonel Gregg began to deploy his Union brigade to the west of Middleburg.  Two of his regiments moved south of the turnpike forming a skirmish line near the Cocke Family House, now demolished, where Confederate sharpshooters harassed them from behind the gravestones of the Cocke Family Cemetery.  Four more companies of Gregg’s Northerners dismounted and fanned out across the high ground to the north of the turnpike while Lieutenant William Fuller’s Federal battery of six guns unlimbered on the western edge of Middleburg to challenge the Rebels at a range of close to 1,000 yards.  More Union cavalrymen under the command of Brig. Gen. David McMurtrie Gregg arrived around mid-morning, putting additional troops in the field both to the south and north of the pike.

With their forces now in place, the Federals pushed forward in a coordinated attack that soon threw the defenders into confusion.  With guns blazing, two mounted companies of the 1st Maine punched through the Confederate center.  Fighting swirled around the Blacksmith’s Shop and it became necessary for Stuart to move his artillery out of harm’s way.  Confederate Colonel Chambliss withdrew one of his regiments to form a new battle line across the turnpike 500 yards to the rear.  This line held long enough for other Southern troopers to regain the pike and move to the rear.  Both Confederate brigades then retreated to the high ground around Bittersweet Farm to the west. The Federal forces, given the torrid heat and bitter fighting of the day, were content to halt their advance short of Bittersweet Farm.  Thus, Stuart, although again relinquishing the field to the Union army, continued to slow their advance toward the Blue Ridge and once more thwarted them in their principal mission of locating Lee’s Army.

- From historian and author BOB O’NEILL 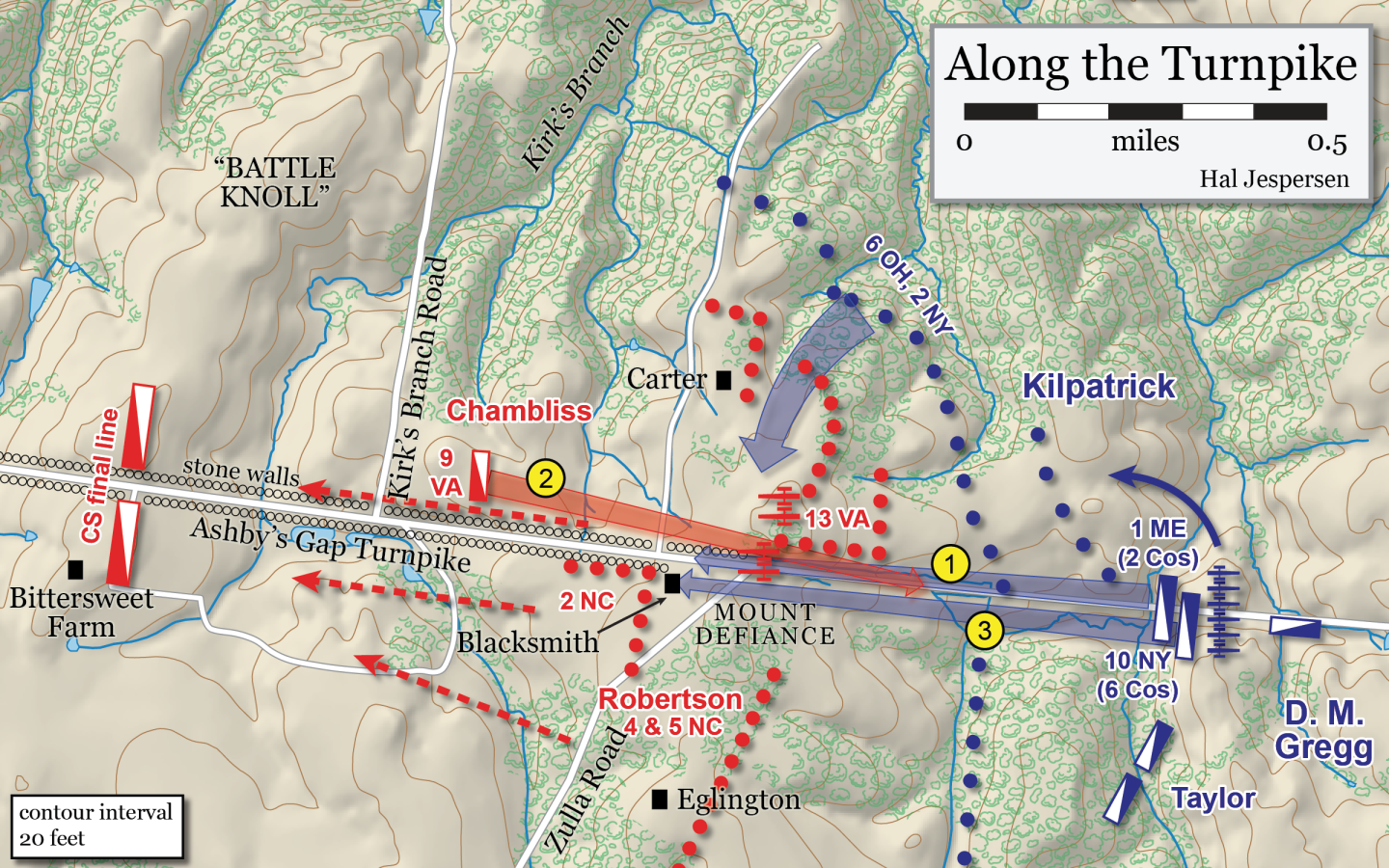 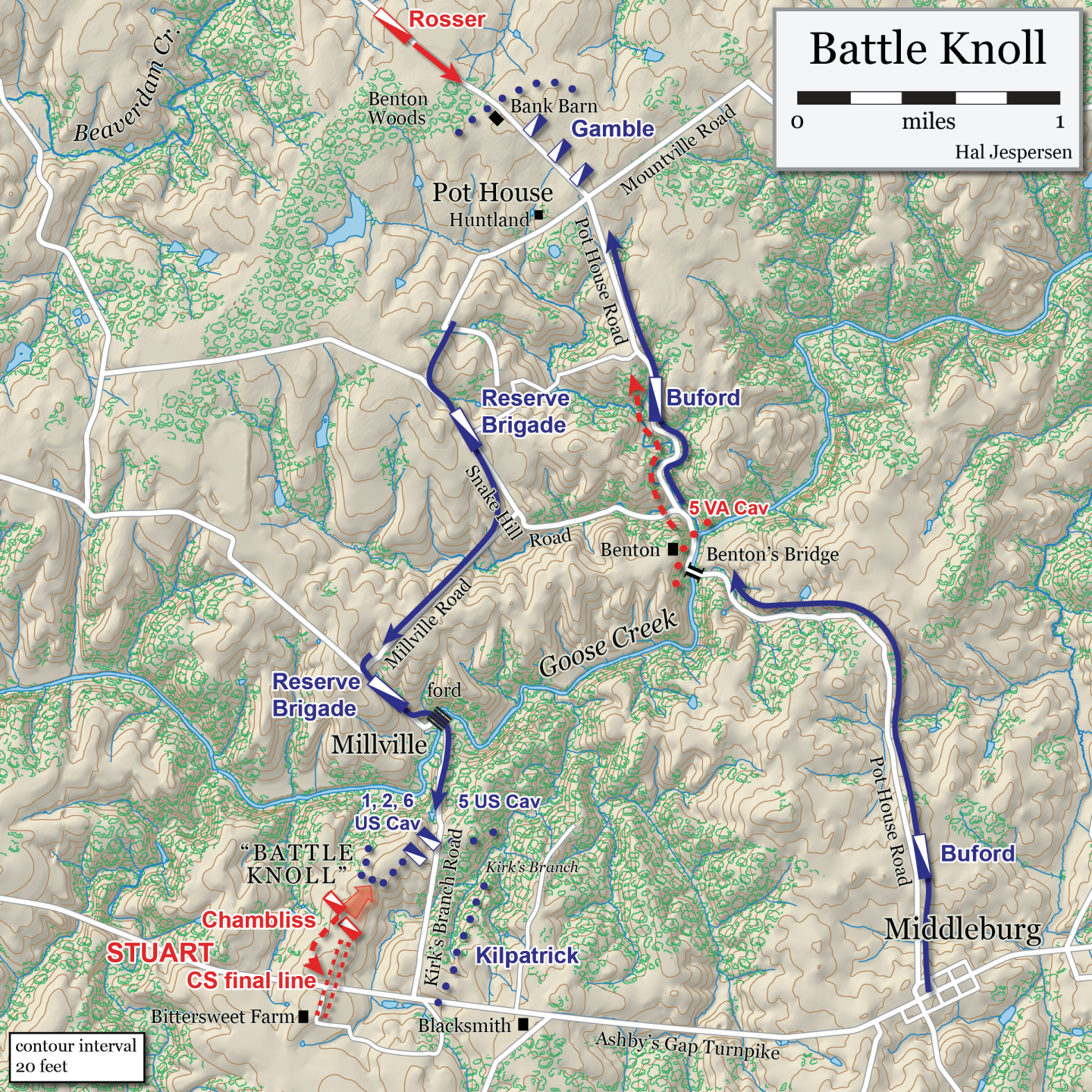 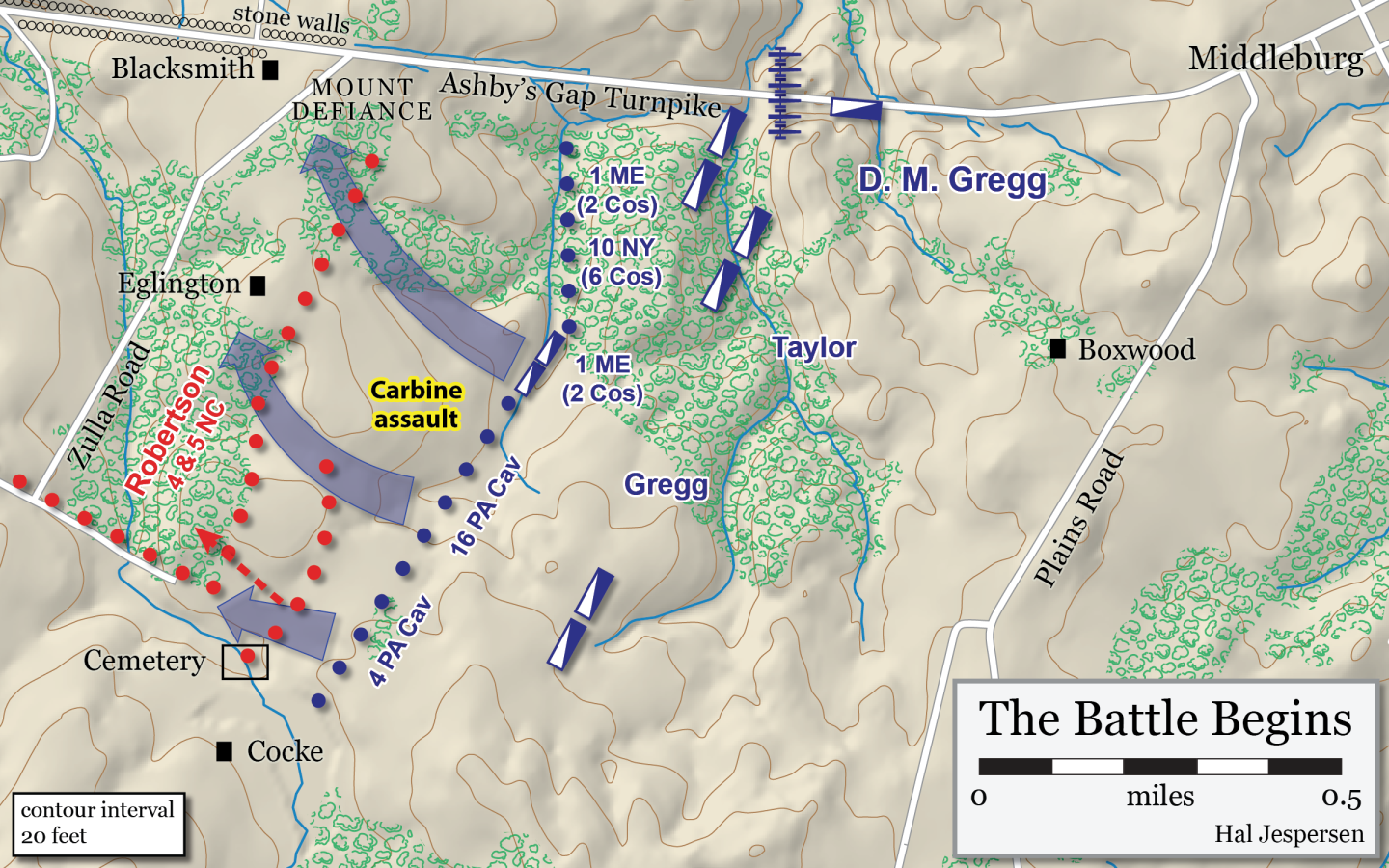