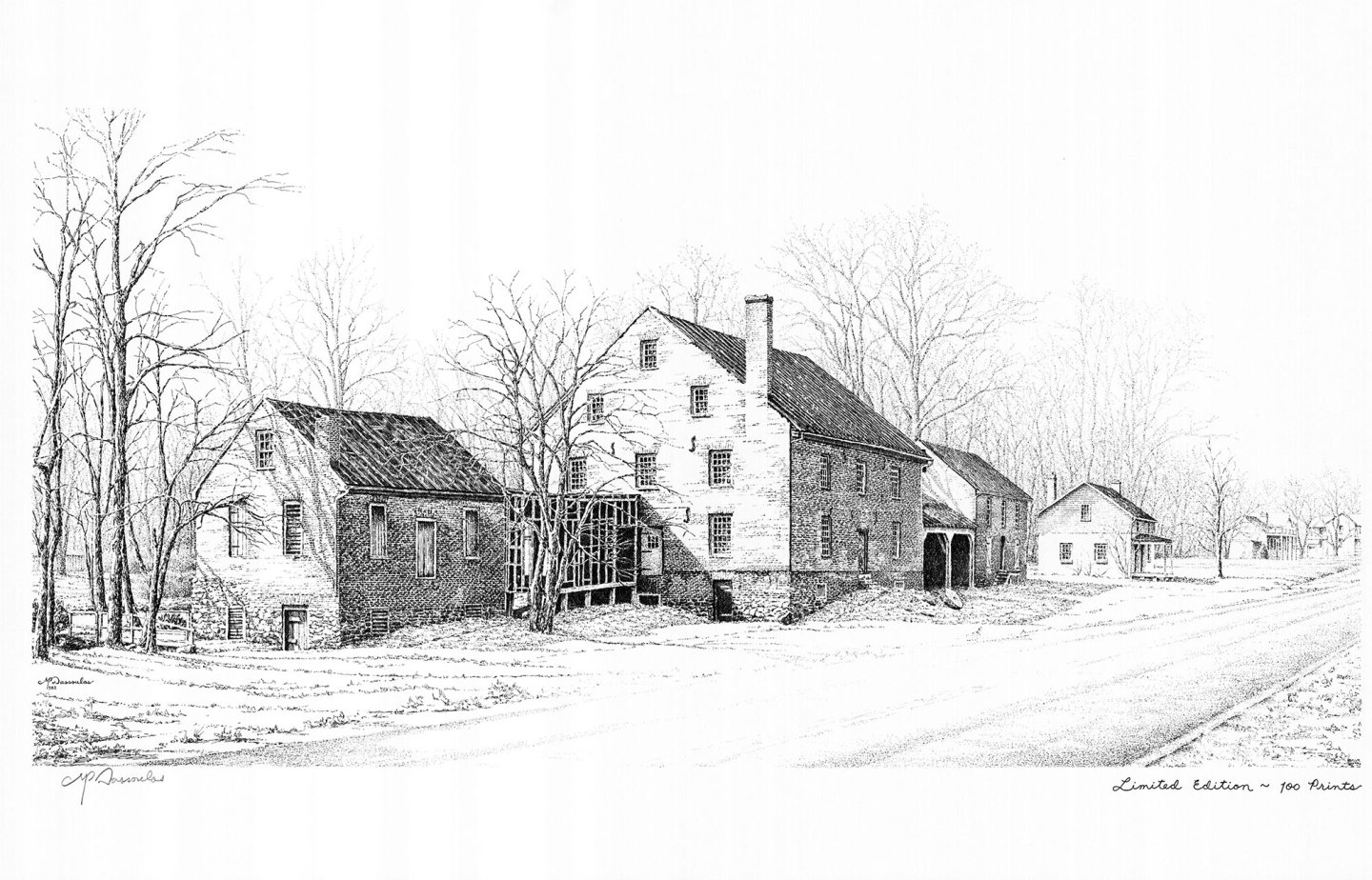 Aldie Mill Historic Park, a grist mill which was completed in 1809, was acquired by NOVA Parks in 2006 from the Virginia Outdoors Foundation. The restored mill is an imposing four-story brick structure with tandem metal waterwheels.

The merchant mill and store house, the oldest structures in the present Aldie Mill complex, were built between 1807 and 1809 by William Cooke for the noted legislator and reformer Charles Fenton Mercer. A brick granary erected to the west of the main structure between 1809 and 1816, and a smaller brick country mill that Mercer erected to the east of the merchant mill after purchasing Cooke’s half-interest in the enterprise in 1816, are also preserved at the site. During the term of Mercer’s proprietorship, Aldie Mill emerged as the largest factory of its kind in Loudoun County. The mill’s five run of French flint burrstones turned wheat into superfine flour for commercial export.  Among the mill’s many prominent 19th-century visitors was President James Monroe, who had his grain ground here while living at neighboring Oak Hill, and Confederate raider John Singleton Mosby, who captured several Union soldiers at the mill during the Civil War.

Descendants of Captain John Moore, the miller to whom Mercer sold the property in 1835, operated the mill continuously for six generations until it closed in 1971. Aldie Mill survives today as one of the best preserved historic mills in the Commonwealth and Virginia’s only known mill powered by twin overshot wheels, which were restored in October 2010 with grant assistance from the Loudoun Preservation Society.